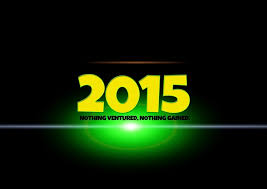 IRS – Opening Date for Tax Season 2015 – In spite of the fact that the tax extenders bill, a major piece of tax legislation, was passed just weeks before the end of the year, the Internal Revenue Service has announced that there will be no delay to the opening of the 2015 tax season. The official opening date for individual returns has been set as Tuesday, January 20th, 2015 which is actually 10 or 11 days earlier than that of previous years. In addition, rather than a tiered opening, the new legislation allows taxpayers who are submitting paper returns to begin filing on the same date as those who are filing electronically. Filing for business returns, including partnerships, s-corporations and corporations, opens on Friday, January 9, 2015.

The tax extenders bill was signed by President Obama on December 19th, just days after being approved by both houses of Congress. Because the provisions of this bill are so extensive and it was passed so close to the end of the year, IRS Commissioner Koskinen’s announcement of the timely opening of the 2015 tax season came as a surprise to many. However, in his remarks, Koskinen said “[w]e have reviewed the late tax law changes and determined there was nothing preventing us from continuing our updating and testing of our systems.” He went on to say that that the IRS employees would continue to aggressively test and modify the system right up until filing begins on January 20th.

The tax extenders bill, appropriately named the Tax Increase Prevention Act of 2014, retroactively restores many valuable tax saving provisions that had expired on December 31, 2013. Among other things, it reinstates the optional sales tax deduction, the above the line higher education deduction and the exclusion from income of mortgage debt cancellation for individual taxpayers and 50 percent bonus depreciation and Section 179 expensing for business owners. All in all, it provides individuals and business owners alike with a significant savings of 2014 tax dollars and comes as a welcome holiday gift for all concerned!