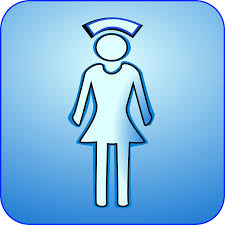 Beginning in 2018, employers who offer their employees health insurance coverage that costs in excess of a certain dollar amount will be required to pay a 40% tax on the costs associated with providing the plans. Currently there is no ceiling on the tax deductible amount employers can claim for providing health insurance for their employees. This will continue up until January 1, 2018 when the new tax is instituted. This proposed tax is appropriately named the “Cadillac tax” because it targets only high end policies, individual plans that cost more than $10,200 per year and family plans with an annual cost in excess of $27,500.

President Obama maintains that taxing plans in excess of the threshold amounts identified in the “Cadillac tax” legislation will serve to discourage “the really fancy plans” that drive the costs of healthcare up. He claims that he has no interest in discouraging the healthcare tax subsidy in general, saying that this would simply discourage employers from providing health insurance for their employees. However, his critics say that the “Cadillac tax” will do just that. They say that because increases in the threshold amounts are tied to the consumer price index rather than the much higher medical inflation rate, eventually nearly every employer provided plan will be affected.

The “Cadillac tax” has recently made news headlines, probably because a new year has rolled around making both supporters and opponents aware that we are now less than three years away from its institution. Christopher Condeluci, a former Senate aide who help to draft the bill, recently said in a phone interview that the looming tax has already begun to have the effect of lowering the cost of employee sponsored health insurance plans. However, he goes on to point out that, rather than reducing the overall costs, the costs are simply being shifted onto the employees. Steve Wojcik, Vice President of Public Policy for the National Business Group on Health, is an opponent of the tax for this very reason. He was recently quoted as saying, “It doesn’t help the company, it doesn’t help the employees, it doesn’t help the shareholders.” He went on to say that it “doesn’t really help anybody except the federal government.”

A recent survey of 3000 companies conducted by the Employee Benefit Research Institute and the Society for Human Resource Management showed that only 3.5 % of companies are expecting to drop health insurance coverage for their employees in 2018. However, only time will tell what the long terms affects will be. Over 30% of the firms polled in this same survey say they are unsure of how the tax will affect them. Jonathan Gruber, an MIT professor who was an original supporter of the Affordable Care Act, recently pointed out that the tax, which was originally designed to affect only the most costly employer sponsored health insurance plans, will essentially put an end to this tax loophole over a period of about 20 years.

If your business is seeking business tax or business accounting solutions, our experienced professionals can provide you with the expertise you are looking for. Visit us today at www.businesstaxpreparation.com to learn more about our full range of business tax and accounting services . Contact us by email at info@businesstaxpreparation.com or by phone at (866) 676-9417 to receive a free, no obligation consultation.