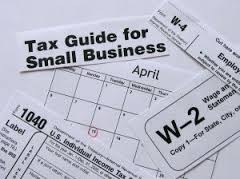 Corporate Inversions on the Rise!

Business Tax News -Corporate Inversions on the Rise-  In order to escape a 35% corporate tax rate, more and more United States companies are taking steps to move their headquarters offshore. While such a move, called an inversion, does not lower a company’s business tax rate on income earned within the United States, it does shield them from paying the high rate on foreign earnings. This provides a huge business tax advantage to multinational companies whose overall business tax rate could potentially be reduced by over 10%!

Because the government has been less and less lenient about allowing corporate inversions over the last 10 years, companies usually try to emphasize reasons other than the business tax advantage for moving their headquarters out of the country. In addition, current tax law requires that an inversion must be accomplished in one of two ways. A foreign holding company must be formed to transact the merger or the foreign business entity must acquire the American one rather than vice versa. In addition, once the merger is complete, the foreign company must hold a minimum of a 20% stake in the new business.
As examples of how corporate inversions work, consider the following recent mergers, each involving a United States corporation and a European counterpart.

Mylan, a generic drug maker, recently purchased the foreign component of Abbott Laboratories. Although, they cited boosting their product line as the reason for the purchase, the deal also provided Mylan with a huge business tax advantage. In return for the transfer of its assets, Abbott received over 100 million shares of a new publically traded company located in the Netherlands. The foreign headquarters, together with Abbott’s 21% ownership stake, allow Mylan to avoid paying United States business taxes on all foreign income until it is brought into the county.

Medtronic, a United States firm based in Minneapolis, is the world’s largest independent manufacturer of medical devices. Its products include defibrillators, pacemakers and stents, among other things. Covidien, based in Dublin, also manufactures medical supplies. Medtronic recently created a foreign holding company which purchased Covidien for $42.9 billion. They downplayed the business tax advantages by emphasizing that the complimentary nature of their products was the reason for the deal. However, they will be able to avoid paying corporate business taxes on over $14 billion in foreign holdings until that cash is brought into the United States!

In response to the increasing number of companies who are attempting to avoid high corporate tax rates by moving their headquarters to foreign soil, President Obama has asked Congress to increase the foreign ownership requirement for inversions from 20% to 50%. However, opponents say that the United States would be better off making the home climate more attractive by reducing the high corporate tax rate rather than making inversion requirements more restrictive.

If your business is seeking business tax or business accounting solutions, our experienced professionals can provide you with the expertise you are looking for. To learn more about our full range of business tax and business accounting services, visit us today at www.businesstaxpreparation.com . Contact us by email at info@businesstaxpreparation.com or by phone at (866) 676-9417 to receive a free, no obligation consultation.