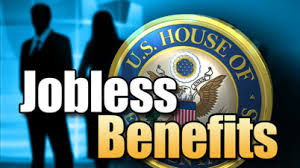 Michelle Marshall is one of those who will be affected by the expiration of federal unemployment benefits. Michelle lost her job as an administrative assistant about a year ago and started collecting $624 per week from the State of New Jersey. When her state benefits ran out after 16 weeks, she started collecting $521 per week in federal unemployment benefits. As of this week, she will stop receiving these checks. Marshall had to consolidate her credit cards and apply for mortgage assistance when her unemployment was cut from the larger state amount to the lower federal benefit. Now she says she will apply for food stamps and might lose her car which will impact her ability to look for a job.

According to the Obama administration, the end of federal unemployment benefits could have a major impact on the economy. The Department of Labor and The White House Council of Economic Advisers issued a joint report earlier this month explaining how unemployment benefits boost the economy and keep 2.5 million Americans above the poverty level each year. The White House stated that an expiration of benefits could reduce the U.S. GDP by as much as 0.4% in the coming year. On the other hand, the cost of extending the federal unemployment benefits for another year will cost the government about $26 million. House Minority Leader Nancy Pelosi stated that the first item on the Congress’ agenda in 2014 should be an extension of unemployment insurance. In addition, people like Michelle, who are set to lose benefits, are urging Congress to take action.

If you have questions about the how the changes in unemployment benefits will impact your business financially, the experienced professionals at Business Tax Preparations can provide you with the answers you are looking for. Visit us today at www.businesstaxpreparation.com to learn more about our full range of business tax and business accounting services. Contact us by phone at (866) 676-9417 or by email at info@businesstaxpreparation.com to receive a free, no obligation consultation.