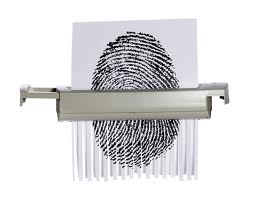 Did the IRS send mistakenly Send Refunds to Identity Thieves?  According to a recent Treasury report, the Internal Revenue Service distributed more than $4 billion in falsified refunds last year with some of the money going to addresses in foreign countries such as Ireland, Bulgaria and Lithuania. The IRS sent 343 refunds to a single address in Shanghai and a total of 655 tax refunds to a lone address in Lithuania. In the United States, the cities of Miami, Atlanta, Detroit, Chicago and Houston were the locations receiving the most fraudulent refunds, with Miami topping the list.

J. Russell George, the Treasury’s Inspector General for Tax Administration, has announced that the IRS has stepped up efforts to combat identity theft but also warning that the thieves are getting more aggressive at the same time. George recently issued a statement to the effect that identity theft “continues to be a serious problem with overwhelming concerns for taxpayers and an enormous impact on the tax administration,” He believes that the fraud “erodes taxpayer confidence in the federal tax system.”

It is apparently common for the thieves to steal Social Security numbers from people who don’t have to file tax returns, including young people and people who have died. Another common practice is for the thieves use stolen Social Security numbers to file fraudulent tax returns before the legitimate taxpayer files. The report says that the IRS, which prides itself in the quick turnaround of refunds, often sends out a refund payment before the employer has time to file the required forms documenting the filer’s wages.

Despite recent budget cuts, the IRS claims that their agents have resolved over 565,000 cases of identity theft this year.  This is three times the number of cases resolved during the same time period in 2012. Through June, the IRS identified 1.6 million victims who had their identities stolen during 2013 tax filing season. That compares with the 1.2 million victims during tax time last year. Many of these taxpayers did not even know they were victims of tax fraud until they submitted their returns. At that time, they were informed that someone else had already claimed a refund using their social security.

Although the IRS ultimately does a fine job of identifying the proper owners of Social Security numbers, the process can take a long time.  However, that time period appears to be decreasing. While cases identified between August 2011 and July 2012 took an average of 312 days to resolve, those identified this year have been settled in an average of 120 days. The documented resolution period includes the issuing of a refund to the legitimate taxpayer.