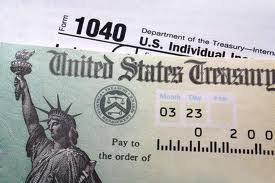 A new analysis from the Tax Policy Center predicts that the number of households who aren’t paying any federal income tax has dropped. It seems fewer households are paying no federal income tax. The analysis further projects that this percentage will continue to decrease in the coming years due to the expiration of provisional tax cuts that were ratified during the Great Recession. The termination of these cuts means that incomes have slowly started to increase which, in turn, has meant an increase in tax bills. Most believe that this trend will continue, at least in the near future. This site is usually dedicated to business tax preparation, however, this post is focusing on a current event.

Although the general trend is definitely for wages, and therefore taxes, to increase, these developments might take a while. The economy has been adding new jobs at an agonizingly sluggish rate and many employees are not yet seeing realizing significant wage increases. However, according to the projections of the tax policy think tank, the percentage of households that will be paying no federal income taxes will be reduced to approximately 33% by 2024.

During 2012 Republican presidential campaign, Mitt Romney was covertly documented as saying that 47 percent of the population is reliant on the government and will therefore “vote for this president (Obama) no matter what.” Although it was not originally meant for publication, Romney was verified as saying, “These are people who pay no income tax. Forty-seven percent of Americans pay no income tax.” He went on to emphasize that the government believes it is somehow required to care for this group of people.

Roberton Williams, a senior fellow with the Tax Policy Center, disputes Romney’s now famous 47% comment by noting that households that pay no federal income tax are still paying other taxes. Those taxes include payroll taxes for Medicare and Social Security, sales tax and other state and local taxes. A statistical analysis done by Williams showed the following: